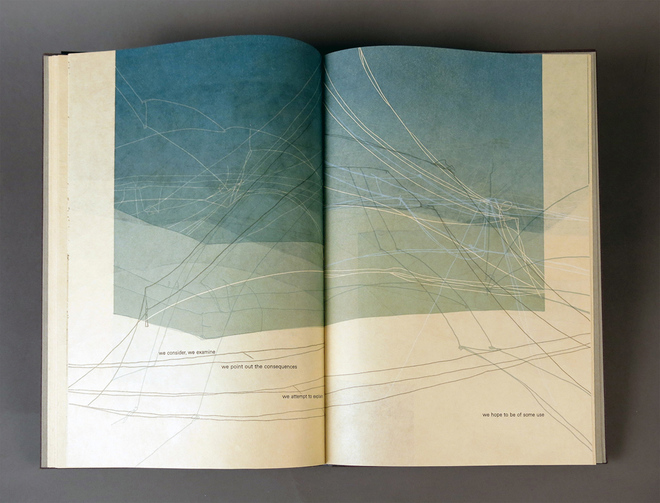 On Physical Lines was designed, printed, and bound by Sara Langworthy in Iowa City, IA. The text is printed from hand-set Univers. Images are printed from linoleum blocks and photopolymer plates made from drawings of power lines. The paper is Sakamoto Lightweight, and the pages are assembled in a Simplified Binding with leather spine and iris bookcloth covers.
Text for this book was derived from the paper “On Physical Lines of Force,” written by Scottish physicist James Clerk Maxwell in 1861.

On Physical Lines depicts tangled observations and the messy work needed to move from one state of understanding to another. Prints of drawings of power lines are paired with sentences excerpted from the paper “On Physical Lines of Force,” written by Scottish physicist James Clerk Maxwell in 1861. Presented in fragments, Maxwell’s reconfigured words narrate positions of questions and dissatisfaction as constructive conditions of the creative process. The book takes as its starting point a quotation from Maxwell, given in a lecture at Kings College London, 1860:
"We shall find that it is the peculiar function of physical science to lead us, by the steps of rigid demonstration, to the confines of the incomprehensible, and to encourage us to apply our minds to that which we do not yet understand, since it is only to those who labour patiently and think steadily, that such mysteries are ever opened."

About James Clerk Maxwell (b. 1831, d. 1879)
The discoveries of James Clerk Maxwell helped to usher in the era of modern physics. Traces of Maxwell’s intellectual struggle are present throughout his early writings, as he lays the conceptual basis for his later discoveries. The prose is steeped in an embrace of rational inquiry, with a clear human voice present in the writing. There is a strong sense of an individual working through an idea, struggling with the act of questioning and a state of uncertainty. In these works, dissatisfaction leads to further inquiry, which eventually results in discovery. There is a distinctly human voice within the scientific questioning, and Maxwell’s both certain and searching tone invites every reader to labor patiently and think steadily in the pursuit of opening mysteries. 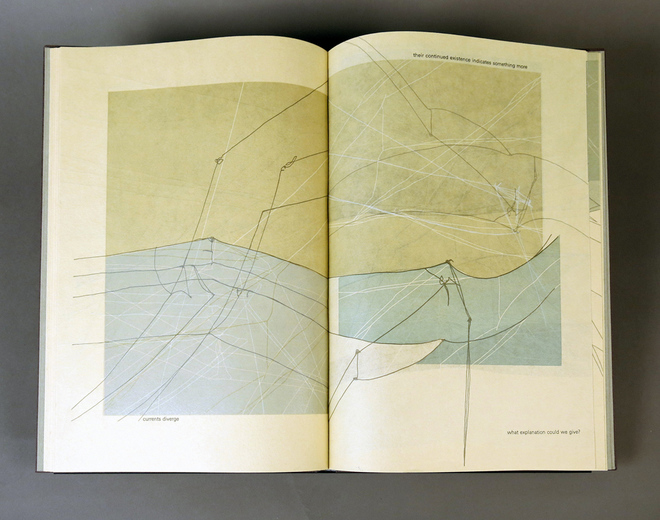 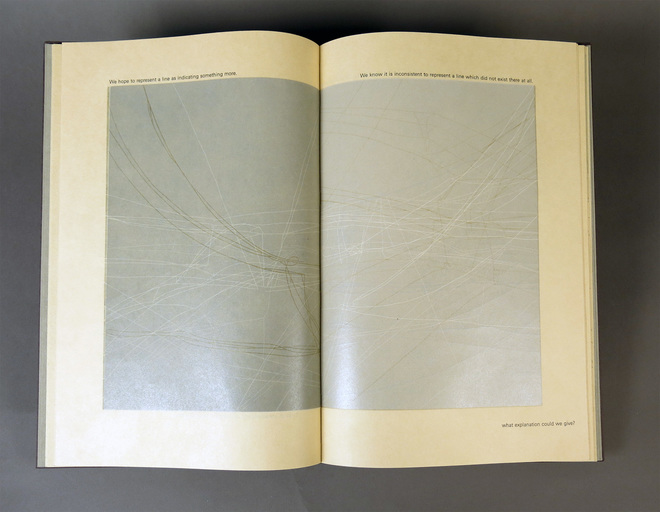 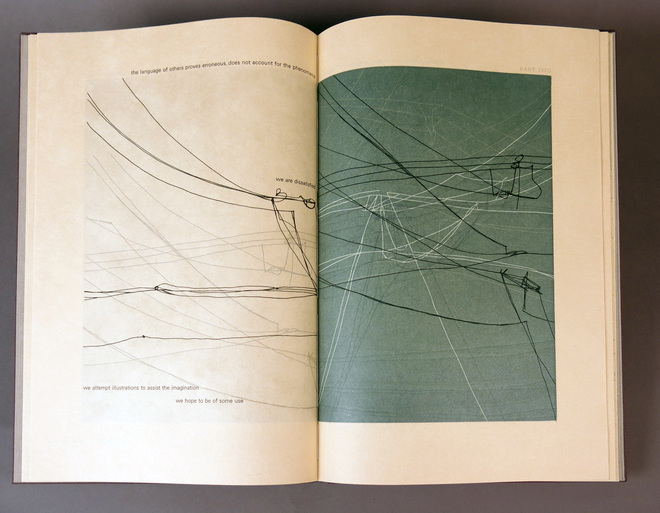